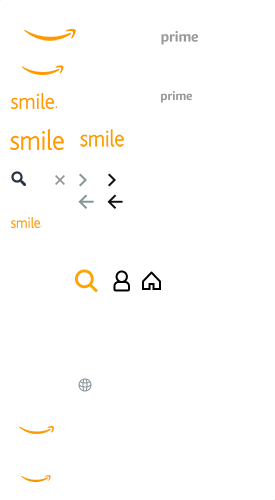 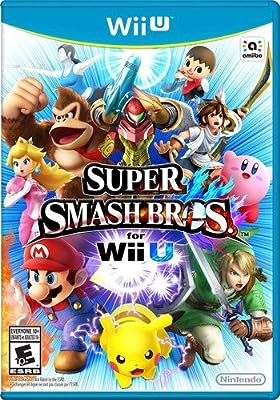 Back
Double-tap to zoom
$ 46 94
FREE Shipping
Available at a lower price from other sellers that may not offer free Prime shipping.

FREE Shipping
Ships fast from Amazon! Disc is in great condition and plays perfect. Case and cover art are in nice condition (may have some label scuffing, sticker residue), contains original manual. Free delivery confirmation on every order.
See more
Sold by A New Hope Books and fulfilled by Amazon.
Select a location to see product availability
We are sorry. Amazon has encountered an error. Please try again.
New & Used (186) from
$13.50 + $3.49 Shipping
186 New & Used from $13.50 + $3.49 Shipping

Q: Is the 31st of December a filler release date, or official?

A: If something doesn't have a specific release date, Amazon will display it as December 31st…

Q: Do I need to purchase the Amiibo figure to play the character in game? (like in Skylanders…

A: No, the Amiibo figures are basically an add-on to the game. They are a computer controlled…

Q: can 2 players play together from the same game console as long as they each have a control…

Q: What controllers are compatible with the game?

A: Along with using the 3DS copy of Smash Brothers to control the game, if you don't have a c…

The Roster:
Most characters are unlocked right from the beginning, which is a relief when you have kids who want to play as X but don't want to wait. Overall, the roster is much better than Brawl, with fewer clones and some of my favorites from new Nintendo games, like Shulk, Lucina, Palutena, and Robin. Wii Fit Trainer and Villager are hilarious and awesome. There are so many characters, I played all day and only made it through roughly half of them.

The depth:
There is so much to do and unlock, it's enough to make a grown father with responsibilities cry.

Amiibos:
This feature is not for everyone, but if you're a life-long Nintendo fan or you have kids, they're fantastic. They're a little confusing and I had a hard time explaining the differences between Disney Infinity and Amiibo to my six year-old, but using them cleared things up. They're great figures (with some exceptions - Link is disappointing) and great for playing with kids. We bought four (Mario, Peach, Link, Samus) and I had one figure player team up with each of my kids so they can compete with me. Now the figures are so high level I'm having a hard time ever winning. Plus, they're toys. They love playing with them, as long as they're careful.

8 Player Smash:
I have a family of six. This mode is a godsend. It works surprisingly well and we always fill the remaining slots with amiibos. Gameplay remains buttery smooth and the chaos is just delicious. Only bummer is your options for stages are limited in this mode.

The graphics are beautiful and smooth and it's amazing how Nintendo is able to mesh all of these characters into a game and it somehow make visual sense.

The music is endless, amazing, and will rain nostalgia. You can plug the GamePad into a good sound system and just shuffle the playlist. Nirvana.

The stage builder is simple and intuitive. My kids loved drawing their own stages. The elegant simplicity of it kind of blew me away, but I do hope they add more to this mode. The palettes and platforms seem limited.

The new stages are great, with a few exceptions.

There are many solo modes, including a remixed Classic mode that I preferred over the old one.

You can use any Wii U or Wii controller you have. Any of them. Well, except for the balance board. We used the GamePad, Wii U Pro controller, Wii remote + Wii Classic Controller Pro, and Wii remote for the little one. They are even selling GameCube controllers, which I love, but deem unnecessary to buy unless you're married to Melee. I'm not, and prefer not to have cables. I would get the GameCube adapter though, it I still had a Wavebird lying around.

Conclusion:
This is a game for everyone. Even my wife who doesn't game much and 2 year-old got kicks out of it (I teamed up with him along with the Link amiibo he picked out). The true beauty is reliving the fun and magic of Nintendo with those around you. And all of it is built on a fantastic game that I can't stop thinking about.

I haven't even touched online yet, because I'm too busy punching my daughter's Jigglypuff in the face with Pac-man while we giggle maniacally every time a Nintendog licks the screen, and my son growls like Bowser as he throws my wife's King Dedede off a cliff. That's Smash Bros.

Cosmetically, the graphics are incredible. This is basically what we all expected from Brawl, now finally realized in HD. The animations are detailed. The little touches are all there. Part of the fun in this series is finding your favorite franchise and indulging. The sound is also spot on, with some strange changes that are explained by the fact that the characters are referencing the most modern versions of their games. One thing that will absolutely blow your mind, however, is the music. There are almost 200 songs in here to smash to and they are pretty much all fantastically done.

Although I suspect most of you aren't planning to buy this for the music and graphics - no, the gameplay itself has never been better. It's just as fun and fast as it's always been, and it's still the easiest game I know that an amateur can pick up and immediately start playing. Some notable things that are different:
- The much maligned "floatiness" of Brawl is gone. Heavy characters feel heavy again.
- No more random tripping, which unfairly handicapped fast characters.
- Certain characters universally considered to be overpowered are rebalanced.
- The roster has been trimmed appropriately. I won't give specifics, no point in spoiling it.

I'll end with Pros and Cons:

Cons:
- A few notable omissions to the roster. One in particular that redefined the play style for many of us. Bring em back!
- Target mode has been replaced with what is basically Angry Birds
- The game-breaking annoyance of the smash ball has returned
- 8 players at a time might give you a headache. Everything gets really . . . small.

Worth your time.
7 people found this helpful
Helpful
Report

This game is amazing. I love the graphics, the characters, and the stages. It's amazing. I even got a Yoshi amiibo, while my sister got the Peach amiibo. They make the game even better!

My favorite stages have to be Palutena's Temple, Mushroom Kingdom U, and Temple. For the characters, you really have to try all of them out. They all have unique abilities, and some are way better than others! I love being Pikachu, but I rarely win. If I try Lucina, I win more often. It just depends, (but I always end up getting beat at the end by my level 50 amiibos, so maybe it's just them.)

If you have read this far, I congratulate you, and now you should probably click the buy button! It's amazing! :)
4 people found this helpful
Helpful
Report

This Super Smash game is great on the graphics and has tons of character options. The gameplay is familiar to old timers of the series and just a great family game!
3 people found this helpful
Helpful
Report

Another cool feature is the ability to sync between the 3DS version of the game and the Wii U version. Players can transfer created characters such as Mii fighters between systems, and use either system to level amiibo figures. Additionally, the 3DS version can be linked to the Wii U and function as a player controller on the Wii U, which is nice for players who learned the game on the 3DS first. Speaking of amiibos - this game probably has my favorite amiibo support of any Wii U or 3DS title I've owned so far. Amiibos are loaded up as characters you play against, either alone or with friends. Amiibos are trained over time, leveling from 1 to 50, and actually "learn" based upon the move sets used against them. I've experienced this with my Zelda, as she learned to spot dodge a certain combo I had been using against her. Stats are also added/taken away from amiibo characters via items gained in the game.

All in all, if you own a Wii U, I'd say pick up the game.
2 people found this helpful
Helpful
Report

True high-def graphics, excellent roster, awesome local multiplayer, amazing lag-free online play, solid controls option, and fantastic extra features and unlockables. Plus, the DLC for new fighters and Mii costumes is a worthy addition for the price. Few downsides (as of this update) are that the online tournament is completely broken and inconsistent, and Smash Tour feels like a "Mario Party" gameplay but not the type of feature I was hoped for.

Overall, Super Smash Bros for Wii U is a grand masterpiece for the home console. Between this and the 3DS version, the Wii U is far superior due to high number of unlockables. However, I would say that the 4th installment of both versiond is the best Smash game since Melee. Without a doubt, it is my favorite game of all time and a must own title for the Wii U.
One person found this helpful
Helpful
Report

Cons:
Some people will not like this because it doesn't involve the same skill as Melee (no wave-dashing, L-cancelling, etc.)
No Adventure mode (come on Sakurai :(
Some characters are just not very good
Smash Tour is terrible
Most of the One-player modes are not fund, even classic mode and event matches are less fun than in melee or Brawl
You need to buy the adapter and gamecube controller to play properly
One person found this helpful
Helpful
Report